FOCUSING ON THE  RELEVANT 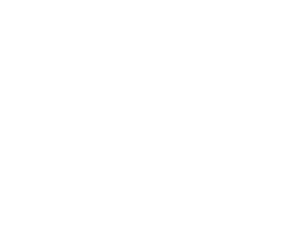 Adris grupa is one of the leading Croatian and regional companies whose business is based on three components - tourism, healthy food, and insurance. Maistra manages tourism strategic business unit, while Cromaris deals with healthy food. In early 2014, Adris grupa became the majority owner of the oldest Croatian insurance company - Croatia osiguranje.

The cooperation between Adris grupa and Madison Consulting has lasted for many years during which Madison has provided services of strategic communication management, advisory support in the implementation of crucial projects, and media training for the management. Madison is also responsible for creating and employing online communication strategy and managing Adris' communication on social media.

Arena Hospitality Group is one of the most dynamic hospitality groups in Central and Eastern Europe, currently offering a portfolio of 27 owned, co-owned, leased and managed properties with more than 10,000 rooms and accommodation units in Croatia, Germany and Hungary. AHG is the first Croatian company to own and operate hotels outside Croatia. It was granted an exclusive right to operate and develop hotels under an internationally recognised brand Park Plaza® for 18 countries in Central and Eastern Europe.

Madison Consulting, in cooperation with legal and financial advisors, provided strategic support in communication during the process of Arenaturist’s transformation from a highly seasonal domestic operator to Arena Hospitality Group, a dynamic international company which operates year-round. Part of the process was also the public offering of the Company's new shares which was the first international public offering by a Croatian tourism company and the largest fundraising on the Zagreb Stock Exchange since 2007. 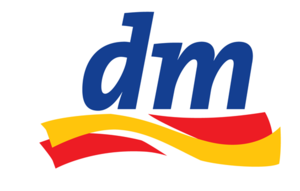 dm-drogerie markt is the largest drugstore chain in Europe where it operates in more than 10 countries with more than 3,300 stores and more than 56,000 employees. dm is a leading company on the Croatian market of drugstore products where it owns more than 150 stores.

dm and Madison have cooperated for more than ten years on developing and maintaining dm's reputation as a socially responsible company which builds its business on the needs of customers and community, with a special care about employees. Madison Consulting provides strategic support in the implementation of dm's socially responsible and commercial projects and develops dm's approach to communication with media, customers, and suppliers, and creates materials which are used in that communication. Madison also consults dm in positioning on digital channels and administers the company's Facebook profile. Multiple awards testify to Madison's and dm's successful cooperation. Some of them include European Parliament's Pearl of Wisdom for the project Let Us Cross Off Cervical Cancer in Croatia and Croatian Association for Public Relations' Grand PRix for the project "...because the best things come from nature". dm has been the most desirable employer for seven years in a row and is among the top three best employers in Croatia according to the research conducted by website Moj posao. In 2015 it also won the Socially Responsible Business Index award in the category of big companies.

IKEA is the leading global company on the furniture market which currently operates in 30 countries with more than 350 stores. IKEA offers its customers all over the world a wide range of well-designed, functional home furnishing products at prices so low that as many people as possible will be able to afford them. In the recent years, IKEA has put a special emphasis on sustainability and sustainable development in business. In Croatia, which makes part of IKEA SEE (IKEA South East Europe), one of the business goals is to contribute to strengthening of gender equality.

Madison and IKEA cooperate since it has entered Croatian market, and Madison consultants' support involves strategic consulting and the implementation of public relations, campaign creating, event organization, crisis communication, and education. Some of the most recognized campaigns are the opening of the store, presentation of the annual catalogue and the opening of Probna kuća IKEA as a temporary exhibition space with a range of activities for visitors, children, and the members of IKEA FAMILY loyalty program. This project was recognized by the Croatian Association for Public Relations in 2017, and the agency won Grand PRix award in the category of large companies. We are especially proud of media support we provide concerning the cooperation between IKEA and Kamensko Association.

Madison contributed to strategic communication, organization and coordination of the “Equality works better” campaign, aimed at enabling equal employment opportunities to everyone, regardless of gender and other differences and encourage higher employment of women on management positions. In 2019 the Croatian Association for Public Relations rated this project as the best one in the category of adaptation of a world campaign, and the agency received a Grand PRix award. This is the first IKEA integrated communication campaign in the region, for which all the internal and external channels were used. The peak of the campaign is the conference in the occasion of the International Women`s Day, held for two years in a row.
Since the opening of the store, IKEA was named among the top three best employers in the category of big companies for three times in the research conducted by website Moj posao.

METRO has been present in Croatia since 2001. It currently operates in 9 wholesale centres and a Drive-In centre in Dubrovnik, and it cooperates with more than 150,000 professional customers.

Madison Consulting provides METRO with support in positioning the company as the best partner for professionals, with special emphasis on the HoReCa sector and on small and medium entrepreneurs. Madison provides strategic support in developing METRO's communication strategy on the Croatian market and organizing events such as openings of wholesale centres, special events for citizens and suppliers, and press conferences. It also creates materials for communication with media and stakeholders. Madison offers consulting support in METRO's positioning on digital channels and it manages company's communication on social media.

METRO Cash & Carry won the certificate Top Employer 2016 for the best employer in Croatia and Europe.

'Nismo same' is an association founded to provide support to women who are cured of malignant diseases. It started as a website where women who overcame malignant disease or who undergo treatment for it will be able to get support and exchange experiences, get information and expert advice. It is also envisioned as a platform that points out contradictions and issues in the health system, provides advice in family relations and relations with the employer.

Madison Consulting provided support in organization and strategic communication of a humanitarian crowdfunding campaign Nisi sama - ideš s nama (You’re not alone - you’re going with us). The campaign aimed to raise money for free taxi rides for women suffering from cancer who go to and from therapies in hospitals in Zagreb. The campaign was conducted in two phases, during which Madison provided support in media relations, and managed social media channels of the association (Facebook and Twitter). The amount that was fundraised surpassed the set goal and out of 100,000 kuna which were expected to be collected, in the first phase there were collected 120,573.46 kuna, while in the second there were collected 125.120,55 kuna.

In 2019 the Croatian Association for Public Relations rated the project “Nisi sama – ideš s nama” as the best one in the category of public relations in institutions, associations and NGOs, and the agency received a Grand PRix award.